What is the USS dispute about?

At a meeting of the USS JNC January 2018, Universities UK, on behalf of the university employers proposed changes to the scheme that would move all future accrual from April 2019 to a defined contribution scheme. With the support of the Independent Chair, these changes were agreed. The changes are in response to an increased deficit and would result in significant reductions in future benefits for all members of the scheme.

The salary threshold (the salary up to which defined benefits currently build up) would reduce to zero, subject to review at future valuations;

Future benefits would be built up in the USS Investment Builder (the defined contribution part of the scheme);

Members would contribute 8% of pay, but will have access to a lower cost option of contributing 4% while still receiving the full employer contribution into USS Investment Builder;

The ‘match’ – the additional 1% employer contribution currently available – would be discontinued from the date at which the changes take effect.

What this means for members of the USS scheme

From April 2019 the scheme would become a defined contribution (DC) scheme only. This means that instead of having a guaranteed income on retirement, the pension that members receive would be based on a annuity that would be dependent on the investment performance of the scheme and the annuity rates payable at the time of retirement.

This transfers risk to individual members of the scheme from the employers. Whilst combined employer and employee contributions would remain at their current level (18% for employers, 8% for employees), DC schemes normally result in lower pensions for members. It is likely that these changes would impact most on the youngest and lower paid members of the scheme who can least afford a reduced pension.

UNISON is extremely disappointed at the outcome of these negotiations. We believe that it should have been possible to negotiate a settlement that protected a significant element of the Defined Benefit Scheme. We believe that the changes proposed by the employers are unnecessarily severe and will result in significant detriment to scheme members. We will continue to campaign for these proposals to be reversed and call on all parties to re-enter negotiations.

The Service Group Executive’s view was that USS members in universities should be consulted on the proposed changes with a recommendation to reject the employer proposals and take part in sustained industrial action.

UNISON encourages members in universities to support their UCU colleagues on picket lines and lunchtime protests and attend rallies organised by UCU. Branches are encouraged to engage with the local UCU branch to see what activities are taking place on site and think of ways that we can show solidarity, within the constraints of current legislation.

However, UNISON members in universities have not yet been balloted in relation to the USS dispute, and therefore must continue with their normal duties and responsibilities.  However UNISON members should not take on any additional responsibilities given to them as a result of the UCU industrial action.   If members are instructed by their manager to undertake additional duties resulting from the industrial action they should contact their branch or regional office for further advice

Members are reminded that due to industrial relations legislation only those employees who have been involved in a legal ballot are allowed to take industrial action.

Refusal to cross an official picket line could render members of staff liable to disciplinary action including deduction of salary.  The exception to this is where there are genuine grounds to believe that crossing the picket line could put the person concerned at risk of injury.

UNISON members are advised that they should assure the UCU members that they will not undertake any work normally done by those on strike.

If the university decides to close the premises and staff are unable to undertake their duties, UNISON members should not suffer any deduction of pay or be expected to work additional hours to make up the time. 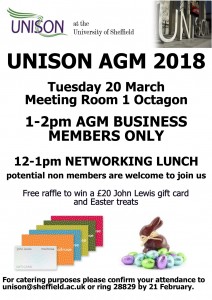 Following concerns raised by the campus unions (UNISON, Unite and UCU), the University has now issued a revised guidance in regards to the staffing of Open Days that take place on Saturdays.

The initial advice from the University suggested that staff members’ terms and conditions allowed for the University to compel staff to work at weekends with the context of a reasonable request. This was strongly contested by the unions who believed otherwise, based on the framework agreement that is the basis for employer/staff relations at the University.

UNISON, Unite and UCU stood together to make clear that any work required outside an employee’s standard working week should be considered as working on rest days, and that staff should be incentivised and well-compensated for volunteering, rather than work under the threat of disciplinary action.

We are pleased with the shift in the employer’s approach to change.  The revised guidance now offers: childcare, free parking, enhanced time off in lieu for grades seven and above and a choice of enhanced time in lieu or overtime rates for grades six and below, in addition to making arrangements if needed for staff with protected characteristics.

Here are copies of the original guidance and the revised guidance after Trade Union feedback.

Workplace stewards are at the heart of our union. They are the first point of contact for our members in your local workplace, and they work to make your workplace a fairer and better place to work.

And we need more! We have vacancies in lots of areas at The University of Sheffield. As new ways of working are rolled out across all professional services in the University, we need stewards in as many areas as possible.

“But I don’t have the skills!”

Ever thought of becoming a steward but you’re worried you don’t have the right skill or the time? Don’t worry – you receive excellent training, plus paid time off work for your union duties.

Here are six common worries you may have about becoming a steward – and how you can overcome them.

…but I do raise issues I am concerned about in team meetings at work.

…but I did complain when my gas bill got too high, and I did sort out a better deal with the company.

…but I did support my local library when it was threatened with closure.

…but I do get my neighbours to support the local school

…but I did go to the doctors with my partner to make sure they got their views across.

Apply to be a UNISON steward today

To find out more or express an interest in becoming a steward, contact Richard Holmes   by email r.holmes@sheffield.ac.uk

Here are the areas we currently have vacancies at The University of Sheffield: 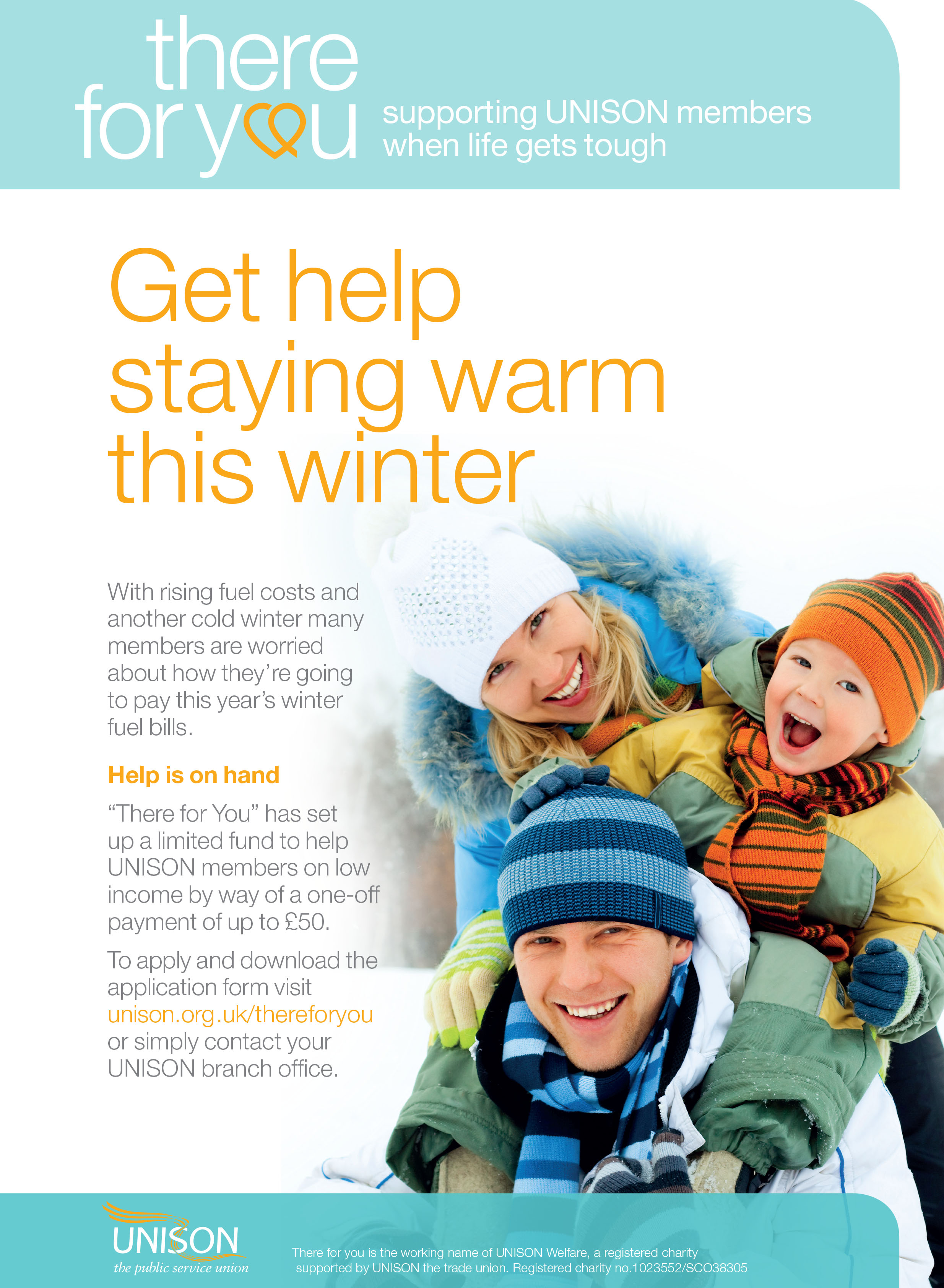 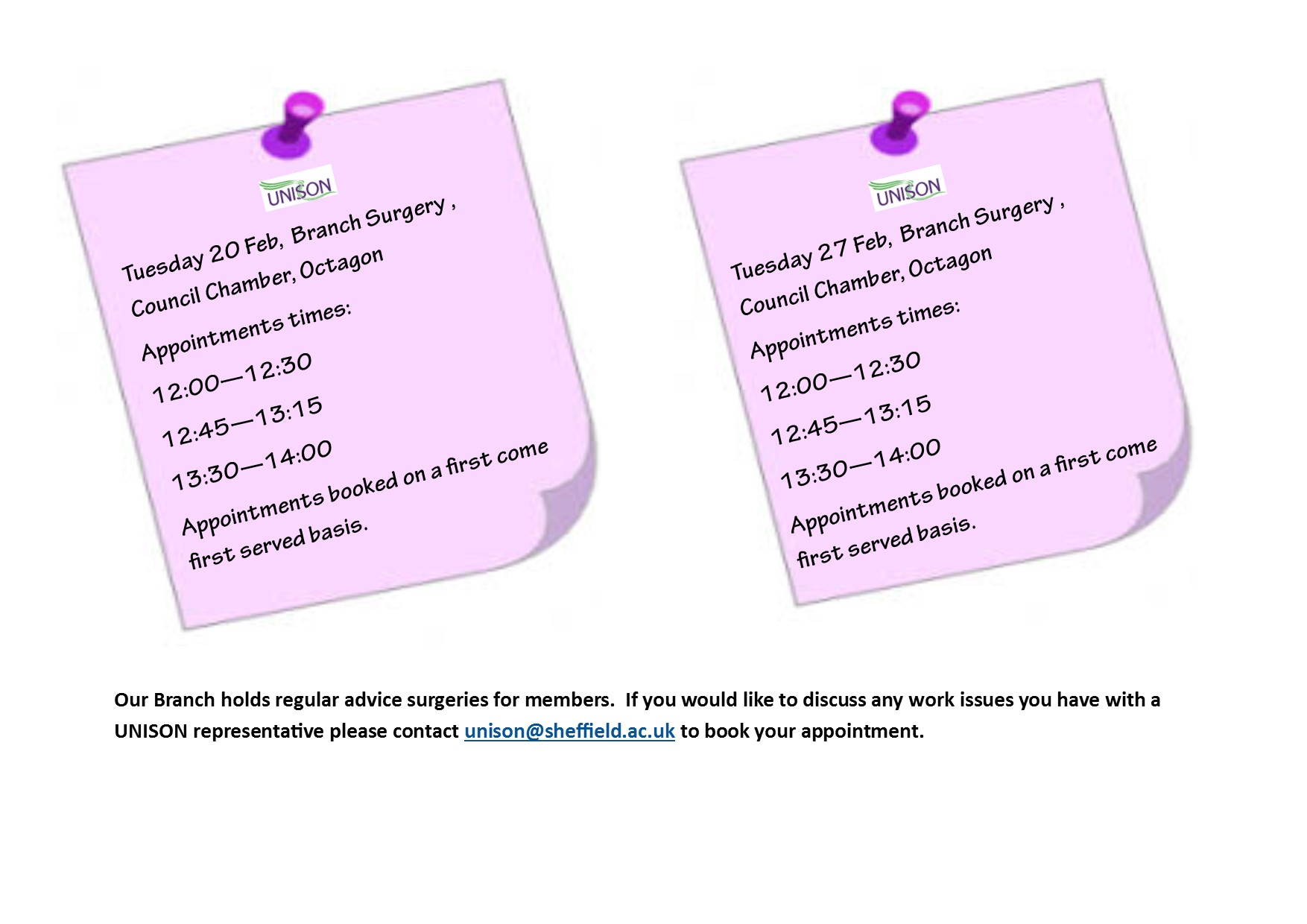 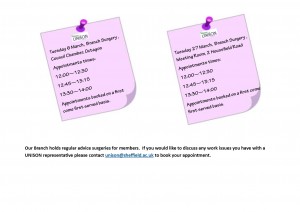 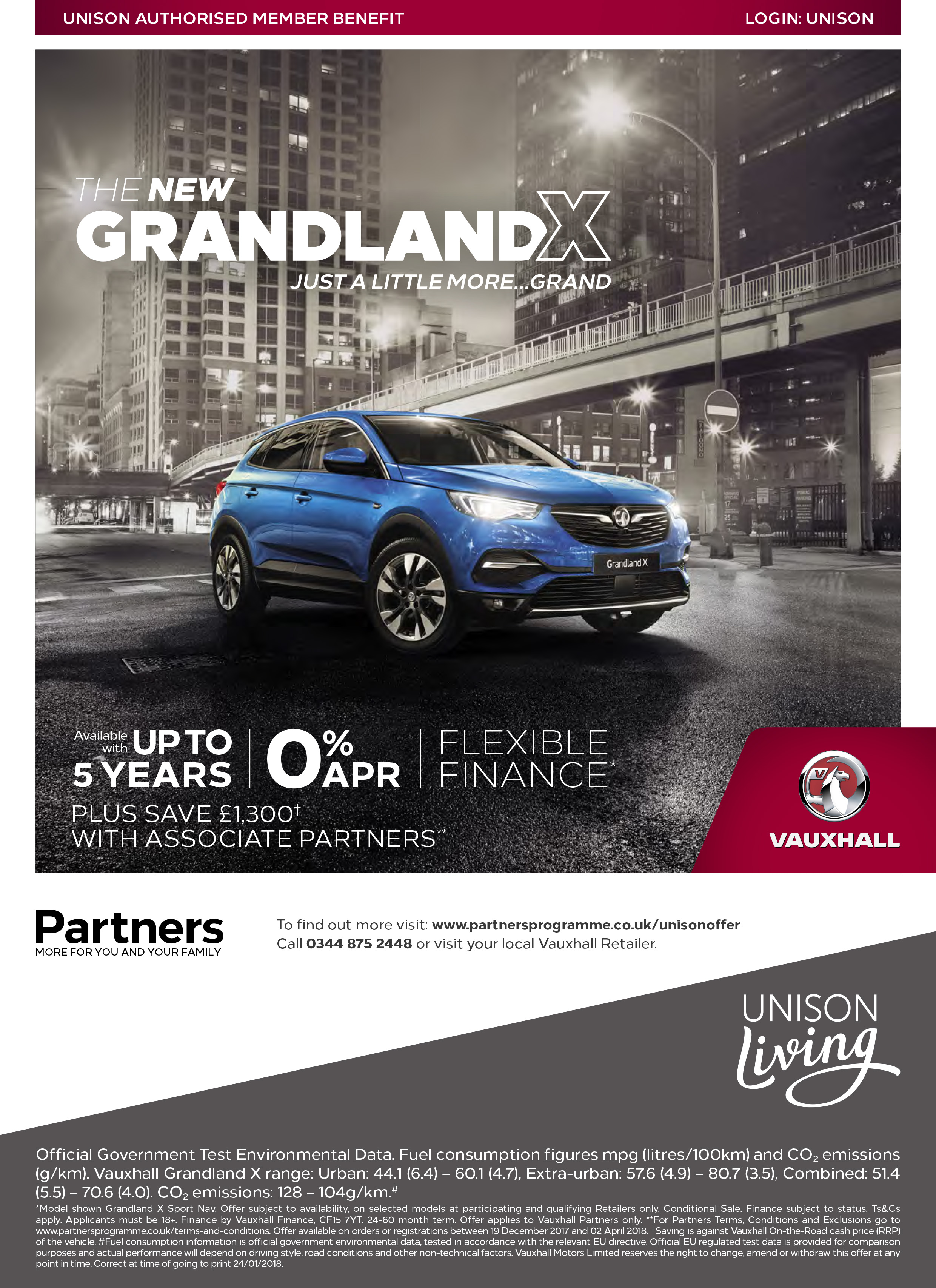 *Offer subject to availability, on selected models at participating and qualifying Retailers only. Conditional Sale. Finance subject to status. Ts&Cs apply. Applicants must be 18+. Finance by Vauxhall Finance, CF15 7YT. 24-60 month term. Offer applies to Vauxhall Partners only. Offer available on orders or registrations between 19 December 2017 and 02 April 2018. 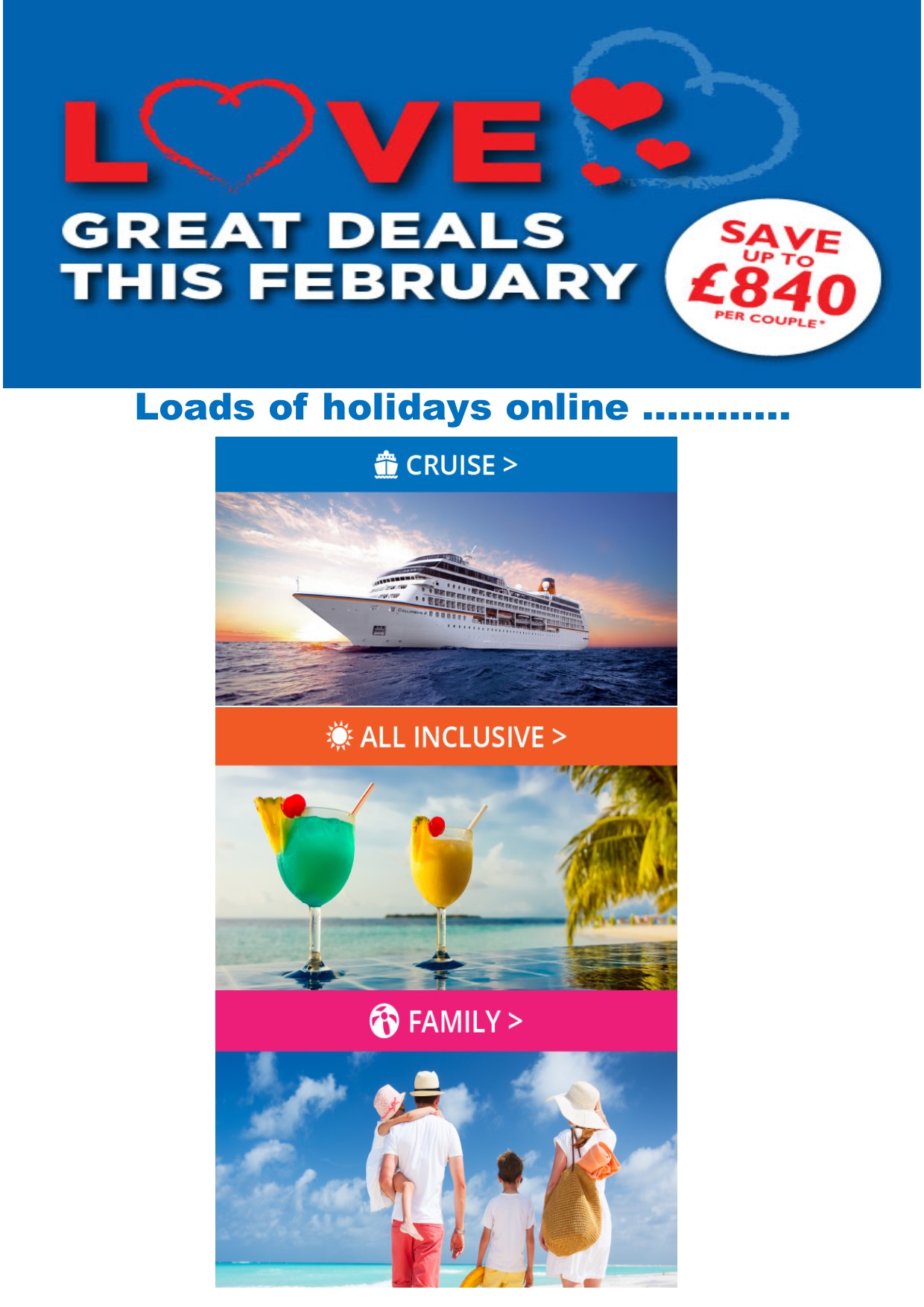 UNISON Travel Club are an approved partner of UNISON so you can be assured of great quality exclusive deals – which will genuinely save you money.

UNISON have local bargaining rights where we negotiate and represent members on all kinds of workplace issues.   Ask a colleague to join our branch membership form