UNISON have recently been approached by SARAG South Yorkshire Asbestos Victims Support Group asking for sponsorship of the Asbestos Anniversary Event and this sponsorship has been agreed.

As part of the sponsorship deal UNISON can have up to 10 free places to attend the event on 25 October in the Showroom Cinema, Sheffield City Centre.  A film entitled “Breathless” will be shown.  There will also be speakers and an opportunity to ask questions.  The event will close with a buffet.

If you would like to nominate a member or be nominated to attend this event please email unison@sheffield.co.uk no later than 15 October. 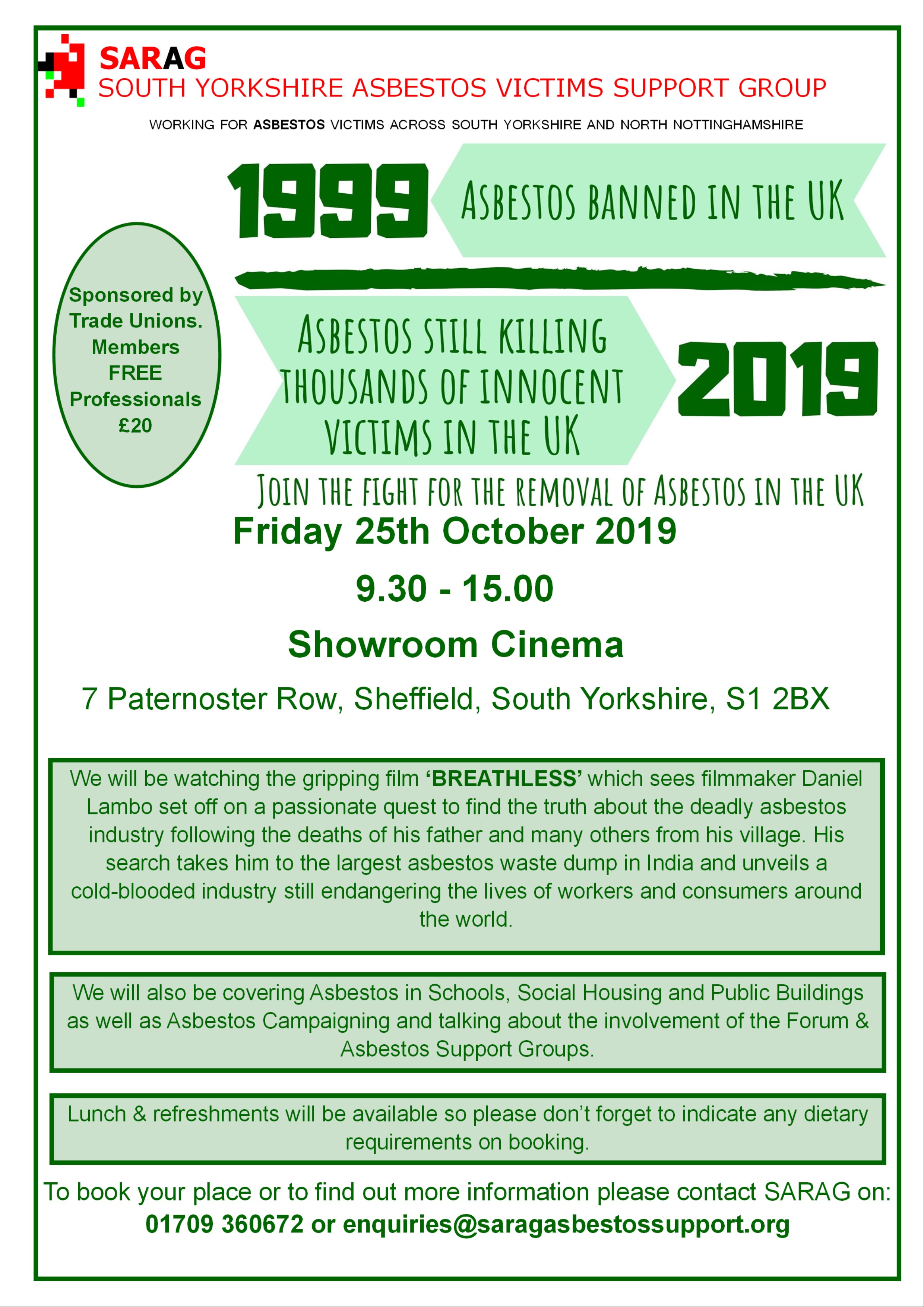